Over a decade in business bringing gardeners rare and exotic edible, heirloom and ornamental seeds from around the world.
View Website See Details

Native seeds/search seeks to find, protect, and preserve the seeds of the people of the greater southwest so that these arid adapted crops may benefit all peoples and nourish a changing world.
View Website See Details

Corn, also known as maize, was originally cultivated in the Americas, and was carried back to Europe in the 1500s. Corn is by far the grain crop grown the most worldwide. There are many varieties of corn, but sweet corn is the most popular garden vegetable. Sweet corn comes in three main types: sugary-1, shrunken-2, and sugary enhanced. The “normal” varieties, or sugary-1, are the first sweet corn types cultivated. These are available as heirloom varieties. The kernels have both starch and sugar, and in seed catalogs these have “su-1” in the listing. 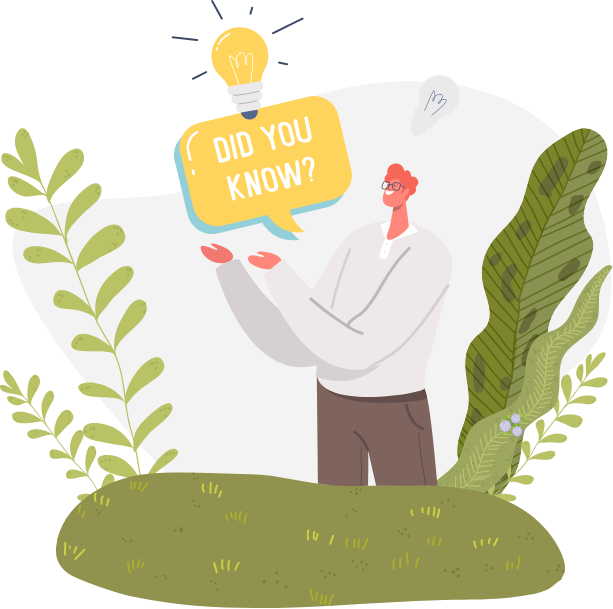 Corn, also known as maize, was originally cultivated in the Americas, and was carried back to Europe in the 1500s. Corn is by far the grain crop grown the most worldwide. There are many varieties of corn, but sweet corn is the most popular garden vegetable. Sweet corn comes in three main types: sugary-1, shrunken-2, and sugary enhanced. The “normal” varieties, or sugary-1, are the first sweet corn types cultivated. These are available as heirloom varieties. The kernels have both starch and sugar, and in seed catalogs these have “su-1” in the listing. Many of these are very popular corn types. Shrunken-2,  is better known as supersweet corn. It’s listed as shrunken-2 because the kernels shrivel when the corn is dried. These have no starch (all sugar!) and taste the absolute sweetest of all the varieties. Seed catalogs will show “sh-2” in the listings. Sugary enhanced corn, identified by “se” in catalogs,  is sweeter than normal sweet corn, but not as sweet as the supersweet varieties. The kernels do still have some starch. They are all fun to grow, just pick the sweetness level that is right for you!

seasons, it can be started indoors, but use biodegradable pots, as corn does not do

well as a transplant.

Or: plant less but be ready to manually pollinate There are six main types of corn. Sweet corn, popcorn, flint corn, flour corn, waxy corn, and dent corn. Sweet corn has a sweet buttery flavor, especially when harvested just as it ripens, and cooked soon afterward. This is the type most commonly seen in the United States in grocery stores as corn on the cob, or canned or frozen. Letting sweet corn get overripe on the stalk, or storing it for too long, will cause it to lose its sweetness, due to the sugar in the corn converting to starch over time.

Popcorn is one of the most popular snack foods around, it is grown to full maturity, and should be hard when harvested. Flint corn is also a hard kernel, as the name suggests. It’s often used to make hominy grits, or used as an ingredient in many recipes. Flour corn is used to make corn flour. Waxy corn is grown for its high starch content, is used as a food additive, and makes adhesives.  Dent corn is the most commonly grown corn variety in the US.  It’s used widely as animal feed and is added to food products as a sweetener. It is the primary grain product used to make ethanol (alcohol) as an alternative fuel for vehicles.

Sweet corn is a valuable source of nutrition. It’s a great source of fiber and has lots of vitamin C. It’s also a pretty good source of B vitamins, magnesium, potassium, and vitamins E and K. It is high in starch, which is a source of sugar in our systems. Popcorn is also nutritious and high in fiber. Garden fresh popcorn is a great way to avoid the hydrogenated fat that is a common ingredient in packaged popcorn and to prepare it in a healthier way. Other varieties of corn have similar nutrition.

Plant corn directly in the garden, and avoid transplanting. Seed the corn about 1 inch deep, and plant about 6 inches apart in each row. Once the corn sprouts, thin the seedlings to about a foot apart for best growth. Rows of corn should be 30 to 36 inches apart. Fertilize a few times while they grow, with fish emulsion or a good commercial fertilizer, if desired. Test your soil first to see what nutrients it needs before selecting a fertilizer.

Plant multiple rows to allow for pollination. Corn needs to be pollinated in order to grow correctly. Usually, in fields, the wind will blow and spread pollen from plant to plant. A block of four rows, with at least 15 stalks in each row is necessary for pollination. That said, if you don’t have room for that, it’s quite common for gardeners to hand pollinate their corn crops. Once the corn tassels on the top of the stalk are completely open, they start to produce pollen. Pull a few corn tassels off of a plant near the end of a row, and carefully drag the tassels across the silks starting to grow out on the other ears of corn. Do this each morning or evening for about a week. This will ensure healthy full-sized ears and corn kernels. In my own garden, the first time I grew corn I didn’t do my research. I planted only a few plants, did not manually pollinate, and the kernels never fully developed. Be sure to grow corn of the same specific variety nearby,  keep different varieties separate, and don’t cross-pollinate! Once I did my research and figured out how to manually pollinate the corn, I had much better success.

Another thing to be careful of when planting corn is the temperature. Corn is a warm-weather plant. Wait until a few weeks have passed after the last frost. The soil should be  60°F at an absolute minimum, 70-80°F is better. Seed may rot if the soil is too cold. Corn can be started in late spring, and it does very well as a summer crop. Corn is not very frost tolerant, but some colder days after the seedlings have started are okay.

Corn can also be grown in containers. A large pot is necessary, the pot should be at least 12 inches deep, and 12 inches across. Both sweet corn and popcorn can be grown this way. Plant up to four seeds per container, and space the containers out a bit. Ensure to place the containers where they will get full sunlight, eight hours a day or more is ideal. Water daily, morning and evening. Fertilize as needed. Be careful to keep the plants warm, and they should be fine. It’s most likely that manual pollination will be necessary.

Companion plants are an ancient tradition with corn. The three sisters, as described in Indigenous American lore, are corn, pole beans, and squash. These all do extremely well together. Corn thrives on nitrogen, which is produced by the beans directly from their roots. The corn provides a natural trellis for the beans to grow on, and squash plants shade the soil around the base of the three plants, which keeps the soil fresh and largely weed-free. Other good companion plants for corn include the herbs basil and dill which attract ladybugs to help fight off aphids, and sunflowers and nasturtiums, both of which are strong-smelling and can help deter pests.

Corn does have trouble with some insects, including aphids, cutworms, corn rootworms, wireworms, and the seed corn maggot.  Companion plants, as noted above, can help greatly with this. Also, certain hybrid varieties of corn are pest and disease-resistant.  Two common diseases that can crop up are gray leaf spot, and corn leaf blight. Pruning the affected leaves is a great way to control these, but if needed, fungicides can do what’s needed to save your crop. Crop rotation is one of the best ways to keep pests from re-infesting your corn crop and can help with avoiding diseases as well. If you have a raccoon problem, don’t even bother to grow corn. My area does not have raccoons, but where that’s a problem gardeners put an electric fence around their corn, otherwise all is lost.

Harvesting sweet corn is the easiest. Two to three weeks after the first appearance of corn silk strings, they will turn brown, but the corn husks will still be green. Check the kernels, by pinching one, and if there is a clear liquid inside, it’s not ripe yet, if there’s white liquid inside, it’s ready, and if it’s dry, it’s past due. Twist and pull the ears of the stalk, one by one. Popcorn and flint corn should be allowed to grow hard before harvesting, and have a hard and dense kernel, when ready. After harvest, it should be dried, or “cured” for 2-5 weeks before use. If these are heirloom corn varieties, and not hybrid, popcorn or flint corn can be used for seed after curing and used the next year. Sweet corn can also be harvested for seed, and it would be allowed to fully dry, and be cured in the same way if needed for seed.