Growing Beautiful Hydrangeas in Your Garden

Hydrangeas are a large family of plants, some native to Asia and some to North America. They have been cultivated in Japan and Eastern Asia for thousands of years. In Europe and the United States, they have been popular garden shrubs starting in the 1700s. In Europe, Asian varieties were first imported then, and several well-known gardeners in the US started to grow local wild shrubs as garden plants at about the same time.

Hydrangeas generally prefer somewhat acidic soil, but they can do pretty well in neutral or slightly alkaline soil. An interesting thing about Hydrangeas is that some varieties act as a natural soil pH test. Their flowers change color depending on the soil acidity. For Bigleaf Hydrangea, acidic soil that is below 6.0 pH will produce blue flowers, and neutral to alkaline soil will produce pink or red flowers. Ensure to keep the soil pH below 7.5 to maintain the health of the plant

There are five main families of Hydrangea, each with important differences, and popular individual species:

Native to Japan. Some common species include:

Lacecap – small flowers in the center, with individual flowers surrounding them

Mophead – large flowers, purple, pink, or blue, depending on the soil acidity

Flowers bloom from July through September

leaves like oak leaves, that change color in autumn

The main species, Hydrangea Animola, is also a climbing vine.

Takes up to four years to start really growing

When to Plant Hydrangeas

It’s best to start Hydrangea in early to mid-fall. The plants need some time to establish roots before the onset of winter. They can be started in spring as well. Summer weather is too warm for the younger hydrangea plants, they need cooler weather when they are getting started. Dig a big hole for the plant, about 2 feet wider that the width of the root ball, and deep enough so that the base of the plant above the roots will be at or slightly above ground level. Fill in around the plant with fertile garden soil, although your own soil is fine as well, preferably with a bit of compost mixed in. A low mound at the base of the plant is ideal since that allows for excellent drainage. The soil should be slightly acidic for the best health of the plant. It’s important that the soil be firm but not too heavy, and well-draining. Keep them well-watered, but ensure that the soil drains and does not become soggy. Too much water retention can cause root rot.

The location is important too. Hydrangea does prefer partial shade, but most need some sunlight in the morning. For most types of hydrangea, a few hours of sun in the morning is all they need in warmer climates. In colder climates, it is better that the plant receives up to 6 hours of sunlight per day. There is some variation on this, based on the specific variety you are growing. Avoid competition with other plants, although there are several plants that make good companions for Hydrangea.

A few plants do well near hydrangeas, including azaleas and hostas. These also prefer shade (even more than hydrangea), and also do best with slightly acidic soil. Some hostas do their best in total shade, so these could be planted in the shadiest spot, with the hydrangea on the edge where they would get some of that morning sun. Plants that prefer alkaline or neutral soil can do well nearby if the hydrangea is the Bigleaf variety that is being grown for pink or red flowers, but it’s better to stick to the slightly acidic soil types.

Growing hydrangea in pots is a great solution when there isn’t space for the plants in the garden, or when a patio or balcony is all that’s available. Containers also allow good control of sunlight and soil conditions. The main thing is that the pot will need to be big and have good drainage. Hydrangea root systems get pretty extensive, so a deep and wide container with good drainage is essential.

Hydrangea can suffer from some diseases and there are a few pests that can be a problem. Leaf spots can be caused by a number of things, including some common fungal diseases like Powdery Mildew, which is a gray powdery infection, or Hydrangea Rust which shows as orange spots. Bacterial infections can also cause leaf spot, in this case, the spots will usually be purple or red. Infected leaves from fungal or bacterial infection should be carefully removed, and disposed of – do not compost! Ensure to keep the plant Under-watering can also cause leaves to turn brown and droop, especially if the soil dries out. Yellow leaves can be caused by both under-watering and over-watering. Hydrangea is also susceptible to fertilizer burn if exposed to too much chemical fertilizer. When watering, water the base of the plant, because spraying can spread fungal infections. Pests can include aphids and spider mites, as well as slugs and snails. If there are any plants in the nearby garden that attract ladybugs, like yarrow, cilantro, or dill, these can be a good defense against aphids or spider mites, but that is sometimes a bit harder with hydrangea due to the different soil and light requirements. Ladybugs can be purchased and released near your hydrangea as well. Sometimes manual removal or a good spray of water will work, but spraying with insecticidal soap or neem oil can also be a good solution.

For new hydrangeas, it’s easiest to grow new ones from hydrangea cuttings. Pick a new branch, with just leaves (no flowers). New growth is best for propagation. Cut it about 5 or 6 inches from the end, and ensure that there are three or four leaves branching off along the new stem. Cut all the leaves off at the base, except for the leaves at the end of the stem, which is the top of the new plant. Plant the cutting in a pot as soon as possible, and mix in some peat moss with the potting soil, to keep the soil somewhat acidic. Ensure to keep a few of the spots where you cut off the leaves under the soil, as this will be where the new roots grow out. Keep the new plantings covered with a plastic bag for a few weeks, it’s best to put some small stakes around the planting to keep the bag from touching the stem. This keeps humidity in and acts as a temporary greenhouse. Once the roots sprout, it’s okay to remove the bag.

Hydrangeas can also be grown from seed, but plants grown this way may differ in appearance from the parent plant. Trim the flowers off from the main plan when they start to fade. Put the seeds in a box or a paper bag, and allow them to completely dry out. Shake the flowers inside the container, and pour them out onto a white piece of paper, or into a large bowl. The small seeds can be separated and preserved for up to a year or planted immediately. Start the new plants indoors, in small individual starter pots. Put the seeds on the surface of the soil, and let them have either sun or put them under grow lights. Once they sprout and have several leaves, transplant them into a larger pot, and let them grow for several months. They can be planted in the spring, or early fall, just as any other new hydrangea.

This is a really fun, easy-to-grow, and beautiful plant! Good luck with your hydrangeas in your garden or containers! If you want to plan your hydrangea plants before committing trowel to soil, gift Hortisketch a try. 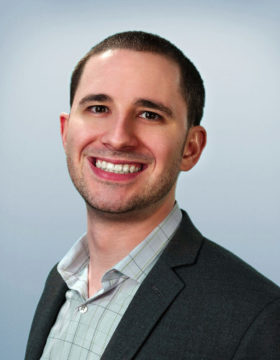